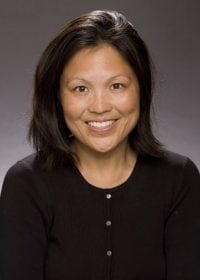 Su is a nationally recognized expert on workers’ rights and civil rights who has dedicated her distinguished legal career to advancing justice on behalf of poor and disenfranchised communities and is a past recipient of a MacArthur Foundation “genius” grant.

As California Labor Commissioner from 2011 through 2018, Su enforced the State’s labor laws to ensure a fair and just workplace for both employees and employers. A report on her tenure released in May 2013 found that her leadership has resulted in a renaissance in enforcement activity and record-setting results. In 2014, she launched the first “Wage Theft Is a Crime” multimedia, multilingual statewide campaign to reach out to low-wage workers and their employers to help them understand their rights and feel safe speaking up about labor law abuses.

Frequently named to top-lawyer lists such as the Daily Journal’s “Top 75 Women Litigators” in California and California Lawyer’s “Super Lawyers,” she was the first Labor Commissioner to be included among the Daily Journal’s “Top 75 Labor and Employment Lawyers.” She has also been named one of the 50 most noteworthy women alumni of Harvard Law School and one of the 100 most influential people in Los Angeles in Los Angeles Magazine.

Su has taught at UCLA Law School and Northeastern Law School. She is a graduate of Stanford University and Harvard Law School and began her career with a Skadden Fellowship. Su speaks Mandarin and Spanish.